So… it’s been a while. I’ve struggled a bit over the last few months. Work as been constantly anxiety-provoking and I’ve found myself drained by the evening and without the cognitive alacrity to compose prose. I’ve also been intermittently and increasing preoccupied with the current political bonfire and it’s been a psychological block, a procrastination, between me and my plans. Anxiety is all about fear of the future, fear of the unknown, and when the future is in doubt… well… many of you will know exactly what I’m talking about. It’s exhausting, and depressing. I’ve spent much of this year rolling from despair, to anger, to indifference, to sadness and back again. I seriously considered going back on medication earlier in the year. I have, as always, taken solace in the bike, and social gatherings with all those friends I have made through riding. I have, at times, filled my evenings and weekends almost desperately with activity, as if to keep my attention diverted from the distasteful backdrop of reality.

It hasn’t been 100% gloom. I received a lovely email a few days ago from Steve Rooney up in Glasgow, who doles out coffee to cyclists passing The Broomielaw. Steve is on hand to give free coffee and to lend an ear to commuters heading along the Clyde. Alas, when I was up that way last summer I didn’t spot him – I suspect I was in town way too late in the day! It’s a genuine chance to connect and share stories – of advocacy, of wellbeing, of many other things. Steve says that many riders share their experiences of anxiety and depression. Sometimes these things are way easier to broach over a brew. It’s such a lovely thing to do and next time I find myself Glasgow way I’ll definitely drop by. Have a read about Steve here .

I’ll be adding to this update in stages – it seems wiser than trying to cover all that has happened in one sitting. Since February I’ve been out to visit Anna Glowinski in Spain, taken part in the panel on cycling and depression for Casquette Live at the Cycle Show, marshalled the Tweed Run (which clashed with the 400k London-Wales-London audax and, to be honest, I was a little relieved not having done much training), done Dunwich Dynamo for the first time in 8 years, did Ride London to raise a bit of cash for my work group, rode the Velocino a lot, and (after saying I would for AGES) finally got back down to Herne Hill Velodrome and got on my track bike after a two year break.

Last Saturday I met up with some of the women I met through the London Fixed Gear and Singlespeed Forum. We had got together offline for our first ride in 2009 so this was a 10th Anniversary event. We were a proper Miscellany of Bikes and it was awesome – Brompton, tourer, penny, Velocino, fixed, road, commuters. We rode out from Buckingham Palace to Richmond Park, even picnicking in the same spot as a decade ago. It’s the longest I’ve ever spent on the Velocino and the Brooks saddle hasn’t been broken in yet. I slightly borked my bum and after nearly 30 miles to Richmond and back and home I did succumb to the train, going the last two stops and avoiding going over a large hill. I think I would have been walking it anyway! 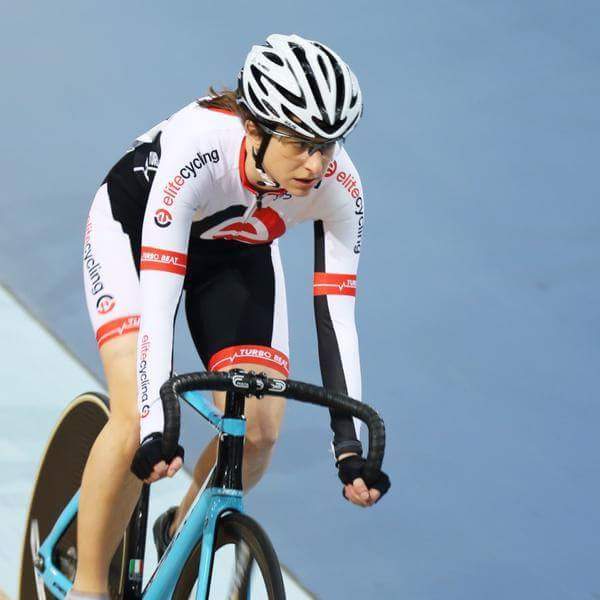 Another guest contribution. This time from a clubmate and friend of mine, Lesley Pinder. You can find her on Twitter under the handle @Skipinder and there are more thoughts on stepping back from racing, and injuries, on her blog here. Here she ponders ways to deal with stress, and has a few thoughts re work and life after reading Alex Soojung-Kim Pang’s book, Rest. SS

I’ve written a couple of blog posts already about giving up racing my bicycle and so in some senses, this is Part 3 of a journey. When I wrote those posts I was gradually coming to terms with giving up racing and generally felt a sense of relief. The pressure I put on myself, the high (and unrealistic) expectations and disappointments led me to decide that the net impact of racing was a negative one. 2017, my first year in six not spent racing, was instead spent exploring new sports, enjoying cycling as a hobby and coaching. On paper I felt better, less stressed out about how fast (or not) I rode my bike and even a bit more holistically healthy but…. I am starting to wonder if it is not actually all that simple. While I was less stressed on the bike, during the summer of 2017 I became considerably more stressed at work. As a result of it, I have spent a lot of time pondering my mental habits and also trying out new strategies for work and for self care. Along with lots of yoga and meditation I’ve been reading more about healthy work patterns which led me to an excellent book called Rest by Alex Soojung-Kim Pang. Rest explores the relationship between work and rest and argues that the two are not mutually inclusive. With the right sort of rest, it argues, you will work better. It is an antidote to the modern obsession with busyness and the increasingly blurry lines between work and home life. I honestly can’t recommend it enough. The book journeys through different concepts including working less but in a more focussed way (four hours a day is optimal by all accounts), the power of sleep and naps (preaching to the converted here) and also the importance of taking regular time off and how you can make the very most of that time. But it is the chapter of Deep Play that made me think anew about my cycling, and specifically racing.

Deep Play happens when you are so wholly engrossed in an activity that it takes up your entire thinking brain. It is mentally absorbing, allows you to use skills you also use at work (like strategic thinking or creativity), provides a more immediate satisfaction than you may get from work and is also, in some way, linked to your past and things you did as a child.

Activities that can involve Deep Play include playing a musical instrument to a very high level, writing a novel, painting or sports that are intense both physically and mentally. The author talks a great deal in this chapter about sailing and rock climbing which are two sports disproportionately popular with people with demanding jobs that involve high levels of problem solving (scientists, designers or lawyers for example). Both sports involve physical exertion but beyond that they also involve intense mental concentration, problem solving and creativity. Physical exercise is great for both physical and mental health but often still allows space for mind wandering while Deep Play, although it may involve some of the same skills you use at work, provides a more profound break from it.

This really resonated with me. I struggle to switch off. As my partner will confirm, I rarely sit still and I am always doing twelve things at once. When I am out on a bike ride in the lovely Kent lanes I can really only do that one thing otherwise I’d crash but my mind will still wander and I’ll still ruminate over work challenges and while I can come up with some great ideas or solutions it doesn’t really switch me off. On the other hand, I used to always say that racing or race training behind a derny pacer was the most mindful thing I did. That was when I completely and utterly focused on the activity at hand. And the more I think about it, the more I realise that it wasn’t just the race itself that constituted Deep Play, it was also all the surrounding thinking, planning and preparation. Climbing, sailing and cycling are united by the need to think deeply not only while you are doing the thing but also when you are planning for the thing. On race day, and sometimes even the night before, my mind would be entirely engrossed in the event ahead… What kit and shoes will I wear? What gearing do I need on my bike? Which wheels? What will the weather be like? What food and drink will I need? Who is racing? What do I know about them? Track cycling, like sailing and climbing, can be complicated and hard to grasp but once you’re in it, the complexity deepens the level of engagement. My mind is very active at work so it makes sense that sometimes (but not always) in order to switch off from work it needs to be very active doing a different thing.

And so I wonder… while in many ways racing my bicycle had become a stressful thing no longer enjoyable in itself, did the Deep Play nature of it actually reduce stress in another part of my life? If I could approach bike racing with the patience, acceptance and self compassion I’ve been trying to nurture through meditation and yoga, could I benefit again from the complete immersion that the act of racing brings? Could I be content with being ‘okay’ at racing in return for the benefits that the act of racing can bring? Or do I need to find a new Deep Play hobby? When I was younger I found immersion in Amateur Dramatic Musicals! Maybe it’s time to get my tap shoes and jazz hands out again…