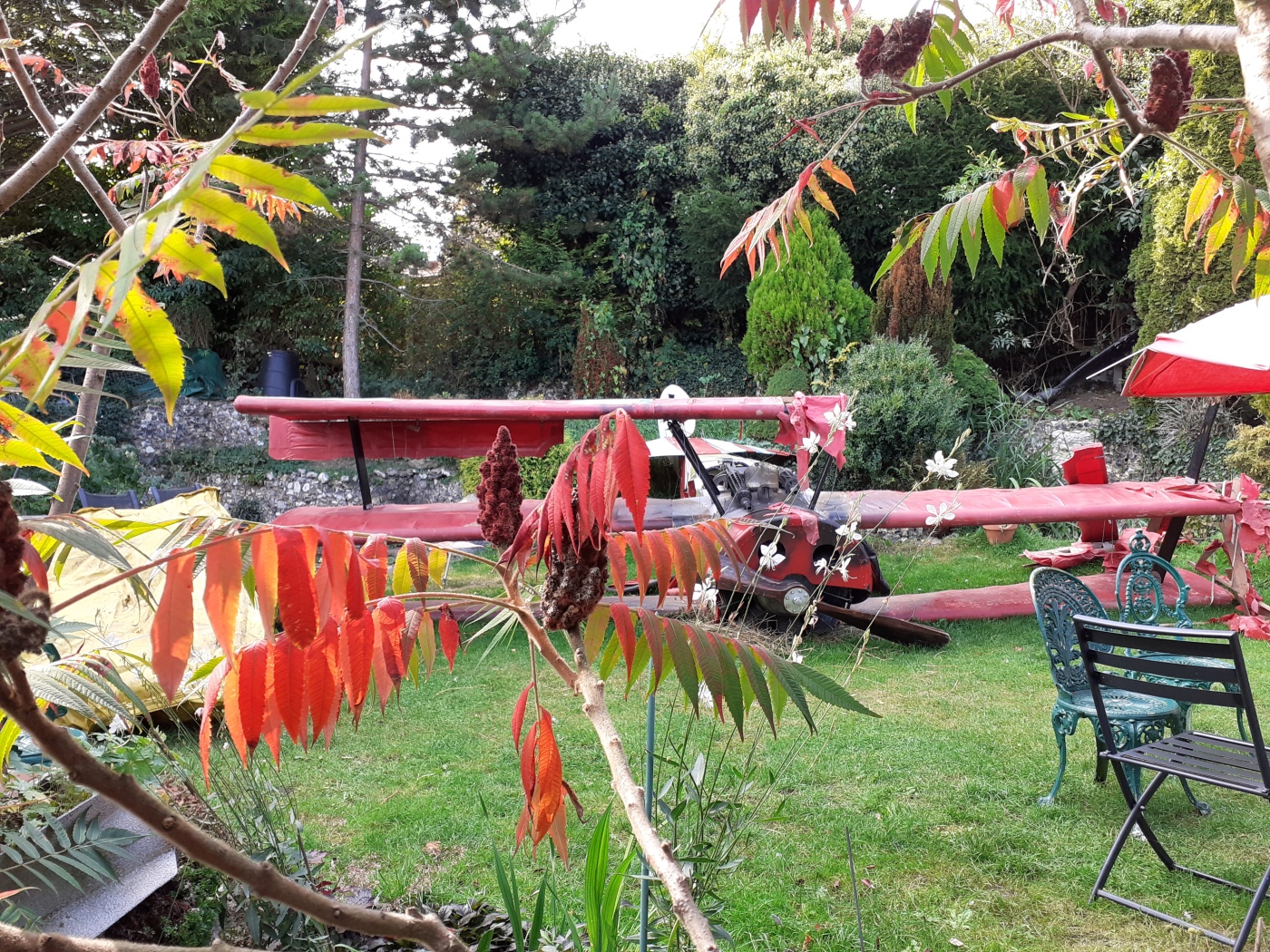 I think I am in a low-level but consistent state of loss at the moment. I felt a graet sense of peace during the height of lockdown and found myself embracing a simplier and less demanding life. Being unemployed almost seemed like a relief, and the unpleasantness of having to interact with my designated contact at the job centre was put on hold. A glorious summer of pedalling, running, walks in the park. I am fortunate and have had few tangible negative impacts on my life from covid.

With the relaxing of restrictions came the return of anxiety – about work, about the increasing traffic, about the future. I know that I am far from the only one who feels this way. How can one be enthused about a future in a country where the government demonstrate their ineptitude and cruelty day after day? It’s… challenging… to retain an elevated state of hopefulness. Sometimes it’s better to concentrate on the small personal wins. I’ve been toying with putting aside a small notebook and recording all the Good Things, whether big or small, that happen. Something I can look back through when the world seems irredeemably grey. Sunny ride to Eynsford. Visit to Lullingstone. Pub lunch. Coffee with a friend. Voted as one of the 100 Women of 2020 by Cycling UK. Seeing a goldfinch on the balcony. C-beams glitter in the dark near the Tannhauser Gate. Pacing out the parchmarks of the old cricket pavilion in Crystal Palace Park.

I’d been planning another Bikes and Brains evening at Look Mum No Hands in London for May. Then mused on delaying until now to time it with World Mental Health Awareness Day. Truth is, I haven’t the energy for it at the moment. I considering moving it online but the idea of transferring it to Zoom makes me want to curl up into a ball. For me, it’s important to get people in a room together in person – the sense of the gathering is the key.

I admire the increased online output of individuals and organisations over the last few months but I have found myself completely overwhelmed by the sheer amount of information and opportunity. The tyranny of choice, of decision-making… I’ve responded by moving rapidly in the opposite direction and have lessened my interacts on social media. My concentration levels at the moment are inconsistent, often I am restless. It makes writing the personal statements of job application forms an absolute bugger. As if they weren’t exhausting enough anyway. I’ve retreated into the reassuring realms of physical exercise – countryside rides, turbo, running, walks, yoga, weights. The latter has been interrupted by a pinched nerve but some hands on from a local osteopath has improved things no end. After months of limited human interaction it’s been rather lovely to have someone waggle my arm shoulder and back about. Yes, I am now paying for physical contact. Worth it.

Given my initial lockdown bliss it’s taken me a little while to identify the issues that have arisen during the last few months. Heck, we’re all learning as we go along. Some of the people I know who I would have thought would be most able to cope have found life very hard indeed. Many, like myself, have been able to embrace the shedding of usual obligations and found comfort in a pared down existence. Any minor stresses (both my flatmate and me being in the same space more often and such like) have been pedalled away out in Kent, or in the garage where my turbo trainer nestles between my landlady’s excess furniture, my bikes, and cycling paraphenalia. The riding was almost all solo, the turbo (which saved my sanity) was in the virtual company of up to thirty others. That number has lessened now though the chat and leg-pulling during warm up and warm down has been instrumental in lessening the passing episodes of loneliness.

The roads during the first weeks of lockdown, back in April, were a joy. Coasting past other riders, trading carefree grins, moments of sympatico. Oh, and the birdsong! I often ride with music but less so then – I wanted to fill my ears. I noted how liberated I felt, how a hitherto undetected low level but constant hum of anxiety dissipated with the lack of traffic. I connected with the landscape in such a manner rarely previously achieved. I was at home in the lanes, skirting the fields and farms, tracing the route of past pilgrims heading for Canterbury (though never venturing that far during lockdown myself). Solitary oak trees became friendly souls who paused for a moment to bask in the sun, faces turned south towards the coast. The solitary and eeyore-like cow, chewing thoughtfully on a ridge, slow eyes trailing across the valley, barely marking time. The bluebells segued from boisterous to bashful over several weeks and I watched as they retreated into themselves once more. I too have done so as the mercury has dropped once again and the prevailing winds have made their inevitable trudge around to the north.

And so I contemplate how to endure the next few months. Anxiety and an uncertain future are… poor bedfellows? Perhaps perfect bedfellows? One thing is certain and that is many of my evenings will be spent in my garage riding not to kilometres but to heart rates, to cadence, and to gears. I have already hung up several camping lanterns to illuminate me, the furniture, and the cobwebs.

The rest of life stutters, and is hesitant. The near future seems not to be a pretty thing. I worry about myself but even more so, perhaps, about the direction this country is going in and the feeling of bewilderment of how to oppose it. In my darker moments I consider darker actions. Will there come a point where I give up? I dunno. Maybe. Maybe not. Anxiety can make it incredibly hard to cement plans and with so many of the usual assumptions and assurances about life, work, leisure being absent what can one do? I struggle to imagine my life even a few months ahead. My main a sense of structure is supplied by all the turbo training sessions of the forthcoming months.

During the pandemic I’ve been taking part in a study for UCL which involved logging my interactions, exercise, mental wellbeing, and the general changes in life. It’s made me consider some of the actions I’m taking, or not taking. How my alcohol intake has fluctuated, how my motivation has waxed and waned. Completing the questionnaires has elicited a sense of intellectual curiosity though I find myself at a bit of a loss as what action to take in response, or whether to take action at all. I mainly eat carbs and drink tea. Also gin.

So, it’s unlikely you’ll see any Bikes and Brains events on Zoom though I do encourage you to think about submitting your own thoughts to the blog. How are you doing? How have you managed since March? Drop me a line if you have questions about a piece I can put up here. I’d love to hear your view on it all (also, I’m quite bored of my own voice at the moment!).

So, World Mental Health Day. Awareness is good, action is better. Not glossing over MH needs when there isn’t a handy hashtag around as a reminder… great. Paying attention to your noggin is especially prudent given our current situation. Even if it’s just working out a way of making it through. Tomorrow I’m off for a ride with a friend. I’m hoping the rusty glow of the autumn leaves will energise me enough to complete my current job application when I return home. Fingers crossed.